Coal-fired power plants produce about a third of the world’s carbon dioxide emissions, and their share is expected to increase to about 45 percent in 2035, according to the International Energy Agency. While huge efforts are being expended on finding and developing renewable energy sources, it will be a long time before these technologies are sufficiently developed to provide a serious alternative to coal and other fossil fuels. Thus finding cleaner ways to burn coal is of critical importance.

Carbon capture and storage, or CCS, is a group of technologies for capturing, compressing and storing carbon dioxide as a way to alleviate the problem. In the past years, small-scale CCS plants have been built to evaluate CCS technologies, followed by first industrial scale units. A lot however remains to be done, as per 2020 figures only about 35 million tonnes of CO2 equivalent out of 35 billion tonnes emitted are recaptured. The world’s two largest users of coal for power production, the United States and China, both are striving to be global leaders in CCS.

In pre-combustion plants the carbon dioxide is removed before combustion takes place. The technology is developed for integrated gasification combined-cycle (IGCC) plants where a gasification process transforms the coal into a synthetic gas that is used to fuel the power plant. IGCC maximizes electricity output and reduces emissions of air pollutants, mainly NOx and SOx.

The CCS removal technologies are similar in post- and pre-combustion. The gas that contains the CO2 meets a solvent that first captures the CO2 and then releases it, allowing the carbon dioxide to be compressed and stored.

Once the CO2 is captured it can be stored in geological formations. It can also be used for enhanced oil recovery (EOR) – a method in which carbon dioxide mixed with water is pumped into old oil wells to assist in extraction of additional oil. According to the US Department of Energy, EOR technology has the potential to increase domestic oil recovery efficiency from about 30 percent to more than 60 percent.

Alfa Laval has been involved with heat exchanger technology in nearly half of the world’s 30 to 40 small-scale CCS pilot plants. As the CCS technology moved into a new phase in which large-scale demonstration sites are being built, the Alfa Laval Packinox heat exchanger revealed itself as a valuable asset, especially for the pre-combustion process in IGCC plants.

The Alfa Laval Packinox represents the simplest plant layout on the market today. As an indication, a state-of-the-art IGCC-CCS of 600 MW only requires two Packinox exchangers, versus many times that many for shell-and-tube designs.

Consequently, Packinox has one of the lowest capital-cost and operating-cost solutions available because of its ability to provide a combination of high heat transfer coefficient and very large heat transfer surface area per heat exchanger, up to about 20,000 square metres. These two features are important for the heat transfer process, as it involves very small temperature differences between the fluids as well as large flow rates.

Additional savings using the Packinox come from the plate design, which has very low internal volume that minimizes the amount of solvent in the process loop. Moreover, the Packinox can operate at a pressure similar to that of the gasifier. For pre-combustion plants, where the gasifier operates at high pressure, this allows cleaning of the syngas without having to decompress it first, thereby contributing to major savings in CO2 re-compression costs later on.

Two installations in the US

The US government claims to have made the world’s largest investment in CCS, the Department of Energy using close to USD 4 billion in federal funds, matched by more than USD 7 billion in private investments, in the pursuit of multiple demonstration projects.

Alfa Laval has successfully equipped two carbon capture units of the largest, full-scale IGCC plants in the US: one as a retrofit to make the plant “carbon capture ready” in Edwardsport, Indiana, the other to the 600-MW Mississippi Power Plant – the world’s first full-scale IGCC plant to capture CO2 from the beginning of its operation. Both capture units, despite their large capacity, required only two very large size Packinox heat exchangers, and operate satisfactorily when active. 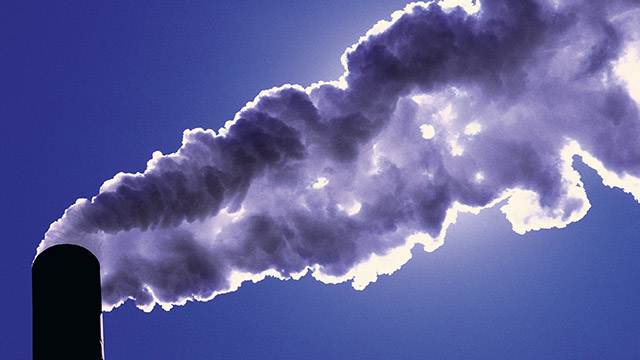 You may have heard of carbon capture, utilization and storage (CCU/S), but did you realize the technologies to enable it have been around for decades? With limited options for decarbonization in sectors like oil & gas, power, refinery, petrochemicals and cement industry, CCU/S will be fundamental for the future of the energy market. Discover our portfolio of heat transfer equipment designed to maximize the efficiency of carbon capture.